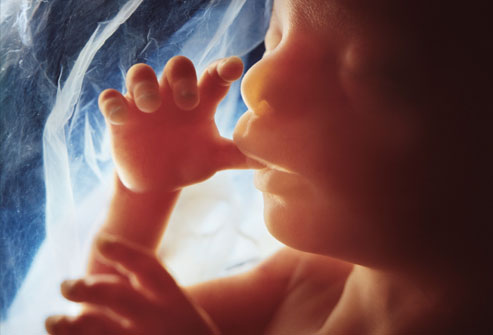 If all you knew about “Scotland’s leading preventable cause of learning disabilities”1 was what you read in the latest report to the Scottish Parliament on the implementation of our landmark ASL Act2, then you would know nothing at all. It is not even mentioned once in this 49-page Scottish Government document.

Based upon the most conservative epidemiological evidence from other OECD nations (Scottish/UK data do not yet exist) more than 500 Scottish babies each and every year are born with fetal alcohol harm.3 Thus, Fetal Alcohol Spectrum Disorder (FASD) adversely affects roughly 10,000 young Scots right now.

The associated media ‘debate’ has been much more myth producing than clarifying. Balanced coverage does not mean pitting two extreme, equally inaccurate claims against each other, e.g. “any drinking before you knew you were pregnant has ruined your child’s life”, versus “drinking wine regularly does not ‘count’ and cannot harm a foetus”.

The simple truth is that lifelong, irreversible brain damage can be caused by alcohol exposure in utero from any kind of alcohol during every trimester of pregnancy. This has enormous implications for individuals, parents, pre-schools and schools, as well as the larger society and the public purse.4 In Canada, these are referred to as ‘million dollar babies’ because of the extra costs of dealing with the diverse and damaging consequences of FASD – a price exceeded only by the human costs to the individuals and families impacted by this preventable harm.

Five basics are clear from the evidence. First, FASD is a risk, i.e. neither a predictable outcome nor an inevitable one, when alcohol is consumed during any pregnancy. Second, FASD primarily is manifest through how affected people think, act and learn, not how they look. Third, while FASD can exist on its own, or be mistaken for other neurological conditions, it often is only one of multiple learning disabilities (co-morbidities) within the same individual. Fourth, naming, blaming, shaming and punishing mothers (or the children themselves) is both cruel and ineffective. No one drinks alcohol because they want to harm their baby. Fifth, FASD-affected pupils do not act inappropriately in classrooms — or fail to meet educational standards –because they are willfully disobedient, uncaring or ‘bad’, but rather because of the varying degrees of invisible damage to their brains and central nervous systems (including diminished impulse control). The point of the ASL Act (as well as Curriculum for Excellence and the Children and Young People Act) is to provide the support needed for every student to reach her/his potential – and, of course, those affected by FASD also have strengths upon which schools must build.

Those are the essential facts. Meanwhile, none of the annual governmental reports on implementation of the ASL Act ever recognised how widespread, serious and detrimental fetal alcohol harm is in Scotland’s schools today. That will be a difficult omission to correct now, since annual reporting is no longer required by law. Further, while these SG reports list and schools compile data based upon roughly 20 different ‘reasons for support’ beyond that offered to all Scottish pupils, FASD is not even on the list. Instead, these children are labeled either as having a ‘social, emotional, or behavioural difficulty’ or as needing extra help because of an unspecified ‘learning disability’. These ‘catch all’ categories are where the ‘leftovers’ in the system are placed, not students for whom there is serious assessment, action and evaluation. More than one-third of all excluded students are from these two ill-defined categories.5

Playing ostrich and burying our heads in the sand in relation to FASD is appealing. If the involved public bodies and systems – including education, health, children’s services, justice and children’s hearings – ever acknowledge the truth and prevalence of fetal alcohol harm, then they will have moral, professional and legal obligations to deal well with affected children and young people. Unfortunately, avoiding costs and actions now to prevent, identify/diagnose and properly manage FASD only dramatically increases the eventual price and creates additional problems – from substance misuse to very risky pregnancies to persistent petty criminality.6

It is widely agreed Scotland has an ‘unhealthy relationship with alcohol’. And yet, the consequences for schools of Fetal Alcohol Spectrum Disorder are usually left unacknowledged. Scottish education, and other relevant public bodies, have rarely addressed FASD’s challenges robustly and equitably. Will PINS now use its extensive network, and its real influence, to end the invisibility of fetal alcohol harm and to give FASD priority in the year ahead?

Dr Jonathan Sher
Independent Consultant based in Edinburgh. You can reach Jonathan at: jonathan@deltaforce.net

Keeping you informed about Pupil Inclusion. View all posts by PINScotland